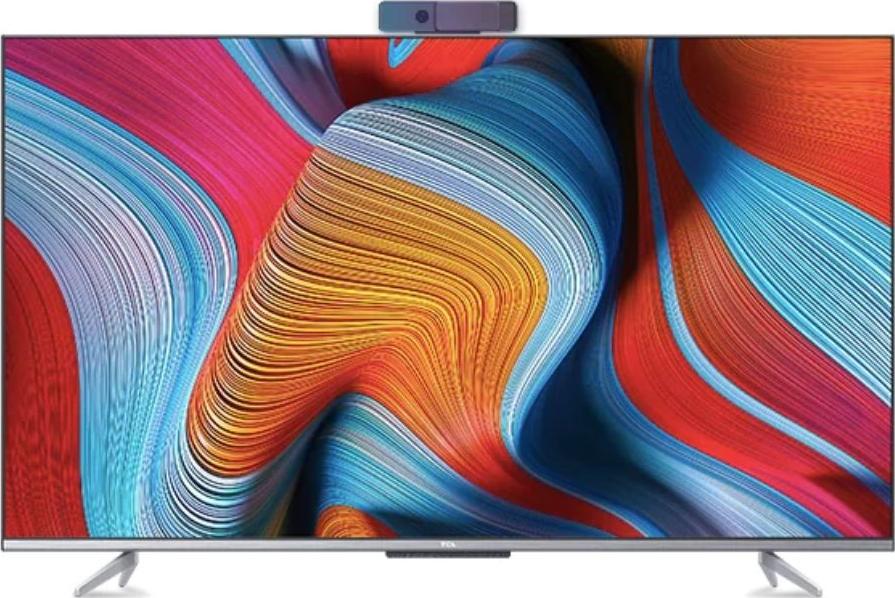 The Big Picture: What’s the Best Television for You?

Looking for a new television for your home? These days, TVs are more loaded with features than ever before, becoming less a box that streams whatever channel it is on and more of an entertainment hub that is on par with powerful desktop computers when it comes to technological prowess.

There are so many new television options out there today with some of the coolest features you could expect to find from well-known tech companies like Samsung, LG, and more. Whether or not these televisions will be perfect for your home, however, is up to you and what you are looking for.

No matter what size television you are after or what kind of features you want it to sport, you can easily compare TV price options to find the best price for TV for your home. To get you acquainted with some of the best options on the market today, let’s dive right into the hottest current devices you can expect to find.

LG has really made something unique here, combining some of the coolest things people love about their smartphones and bringing them into the fold with the things that are most loved about their televisions. LG is no stranger to making televisions, and it proves it by making the CX OLED television one of the best options for your hard-earned money.

Being an OLED TV, this display is one that is going to be hard to beat for other manufacturers. Crisp pictures in high-definition is available on this beautiful display, which is available in many sizes, including 48 inch, 55 inch, 65 inch, and 77 inch options for you to choose from.

Some of the best smart TV features around

LG has really packed it full of features here, complete with the new webOS 5.0 operating system, the inclusion of both Google’s Assistant and Amazon’s Alexa voice assistants and a really neat motion-controlled remote. Complete with the ability to help you control your smart home setup right from your TV, this is a truly compelling option to pick up.

Never miss a sound again with this television, as it offers superb, clean sounding audio right from its base speakers, with no extra attachments. With some add-ons, you could further expand how amazing this television set sounds.

Another company who is no stranger to making top-notch devices that people love is Sony, who is also well-known for devices like their Playstation line of video game consoles, and their Xperia line of Android devices. With each of these items, Sony has consistently proven that it can still play with the big boys when it comes to pleasing their customers with the hottest new technology.

This is no exception when it comes to the Sony Bravia A8H OLED television, which Sony has went ahead and packed chock-full of some of these exciting features.

Sony continues to build on their design prowess by offering quite the neat and highly configurable user interface. You can customize your TV in ways you never thought possible thanks to this television being built on Android TV, Google’s version of the Android operating system for televisions. With Sony’s customizations added on top of Google’s, you truly get a completely unique and one of a kind experience unmatched by other television manufacturers.

No one wants their television to be one of the big, chunky boxes like in the days of old. This television from Sony is super sleek and elegant, easy on the eyes, and easier still to transport thanks to its thin and simple to carry design.

Anyone who has ever had a Samsung smartphone or any of their other wireless smart devices are very much aware of how feature-packed these devices always come. Samsung wants to make sure you get every dime’s worth out of your purchase, so you can enjoy some of these fantastic features when you choose the Q90 QLED TV from Samsung.

One of the best smart platforms in the game

This is a Samsung smart device, after all, and with it, you can expect to find some of the latest in the smart television scene. From the Bixby voice assistant right on board, to the Apple TV+ app preloaded and ready for you to watch your favorite shows, you are sure to love the features in your new Samsung smart TV.

With this TV, you can expect to get quality and accurate colors thanks to the “better than OLED” display. Bright whites and deep, dark blacks really make the colors stand out of this display, feeling accurate with no washed out colors. If you like whatever you’re watching to look as realistic as possible, this is the television for you.

With this television, you only get two choices when it comes to size, and they are both gargantuan. When you choose this Samsung smart television, you will be able to select between screen sizes of 65 inches and a whopping 82 inch option, so make sure you have the room to fit that much TV into before you make your final selection.

Which One Do You Have Space in Your Living Room For?

These are all fantastic options to choose from if you are thinking about picking up a new television for your home. Whether you are looking for affordability, superior quality of picture and sound, the latest in smart TV technologies, or something else entirely, you will find something to love in the new lineup of smart television devices that are continuing to come out year after year.

From small options like a 40 inch TV to something as large as an 85 inch TV, one of these great manufacturers has made a quality television set for you.